I’ve taken several thousand photos since I began traveling and compiling research for TheBallparkGuide in the summer of 2010. (If you’re new to this blog and are curious about where I’ve visited, look at the tag cloud on the right side of the menu or click here.) The vast majority of my photos focus on the elements of each ballpark I visit, but one thing I’ve noticed is that I’ve missed getting photos of myself in most locations. I often travel alone, and while it’s possible to hold the camera at arm’s length to shoot myself, some of these photos don’t turn out that great.

That said, I’ve got a handful of photos taken at different locations that I’m posting below. Click the date to read my blog about the visit.)

The second ballpark I visited, back on July 17, 2010, was Auburn’s Falcon Park. While I was snapping shots of the front of the ballpark, the man who lives next door to the facility offered to take my shot: 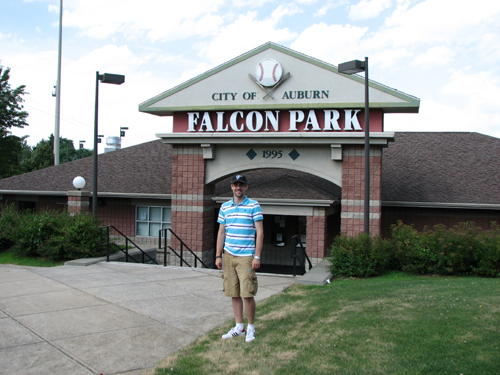 Later that summer, I traveled to Cleveland for two games on Aug. 7 and Aug. 8. During the second game, I got a few autographs around the visitors dugout, and then had my photo taken by another fan while sitting on the Indians dugout: 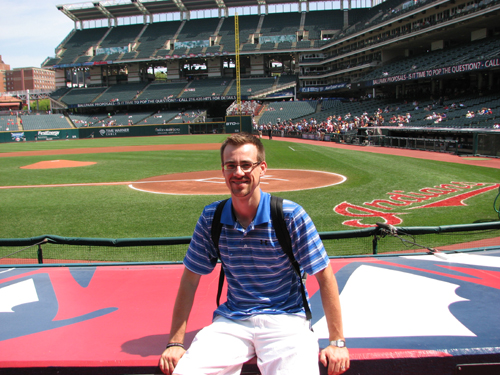 On Aug. 10 and Aug. 11, my wife and I watched two Blue Jays games at Rogers Centre. My wife snapped this artsy shot of me hoping to catch a ball during batting practice … 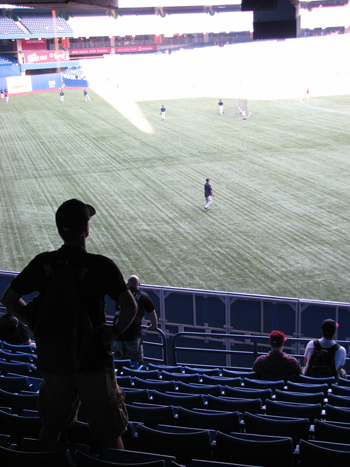 … and a day later, took one of me along the fence during batting practice. I snagged two balls here: 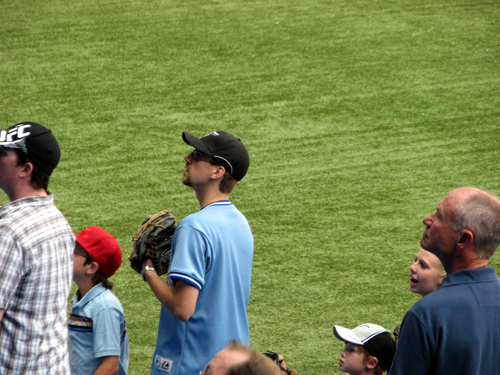 I toured around Michigan in May 2011, and watched the second of two Detroit Tigers games on May 25. Unfortunately, this game was called because of the rain after a few innings. While the tarp was still on the field, an usher took my photo: 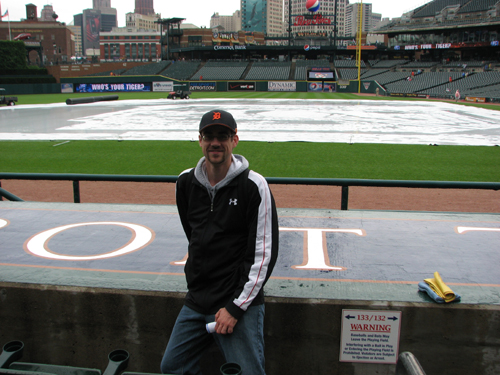 On June 27, I watched the Hagerstown Suns play at Municipal Stadium. Bryce Harper was hurt and didn’t play, but that didn’t stop me from finding his truck in the parking lot and taking a photo of myself in front of it: 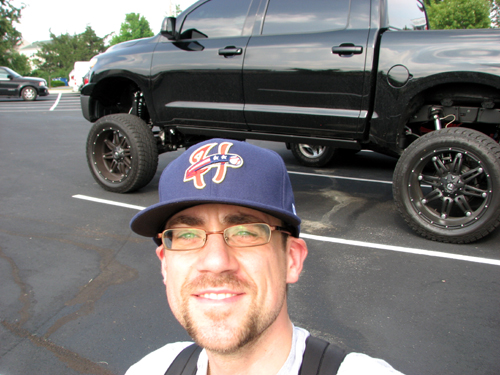 Next, on July 2 and 3, I was in the nation’s capital to catch three Nationals games (July 2 was a doubleheader). Here’s a photo of me before the first game, down at field level: 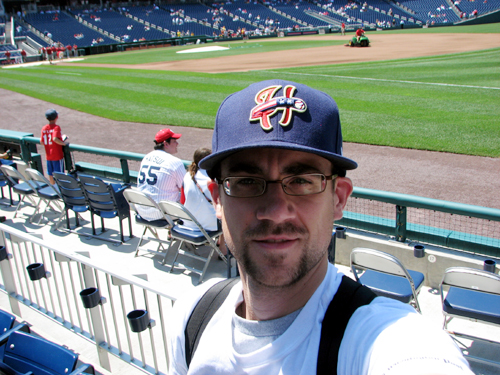 And on the second day, up on a deck in the left field corner: 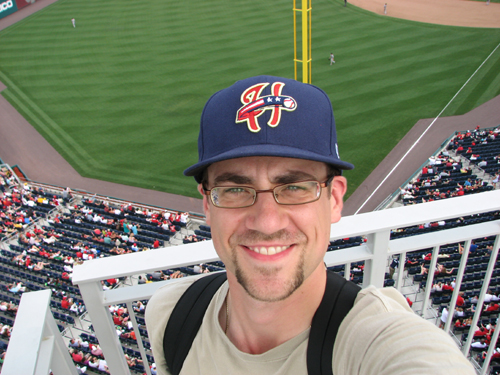 The third-last game I watched in 2011 was on July 31 at Hadlock Field, home of the Portland Sea Dogs. Before entering the ballpark, my wife took a photo of me out front: 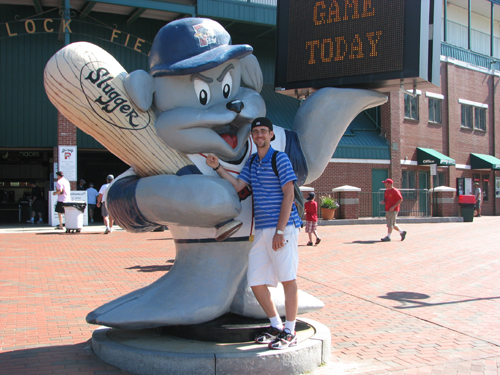 The Sea Dogs are the AA affiliate of the Boston Red Sox, and Hadlock Field is equipped with a mini green monster. During our visit, fans were able to play catch on the field before the game. Here’s me in front of the scoreboard: 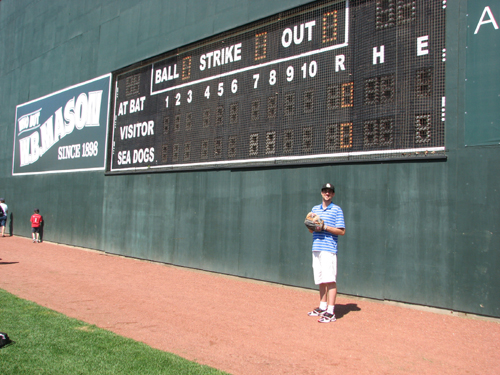 And while throwing balls off the wall and catching them: 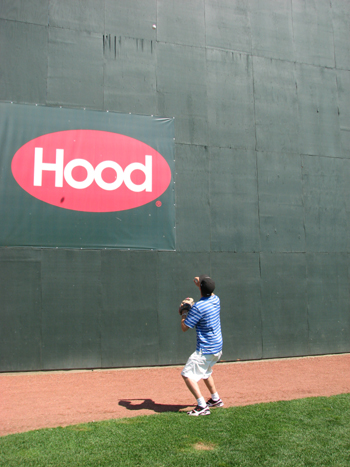 And pretending to relay them to the imaginary cut-off man. (I can’t lie.) 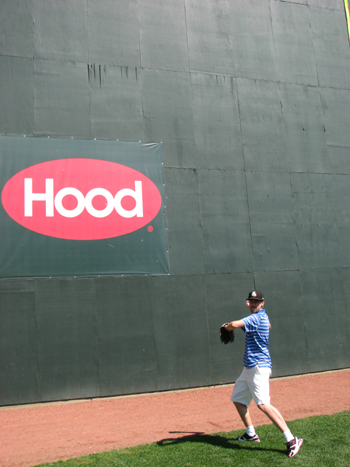 As always, thanks for reading. If you don’t do so already, check me out on Twitter.