If the money tree in my backyard had more foliage, I’d buy a baseball cap at every new ballpark I visit during my The Ballpark Guide road trips. But as much as it’s tempting to do so, it’s not very practical financially. Still, I’ve bought a handful of caps over the last two summers of traveling.

I typically buy a cap for a couple reasons. First, the look is important. I’m particularly partial to MiLB caps because most people in Canada have no idea what cap I’m wearing. Second, the price has got to be good. I’m not a fan of spending $40 on a hat, so if I find one that I like and is a good price, look out!

Here are the caps I’ve bought, in chronological order: 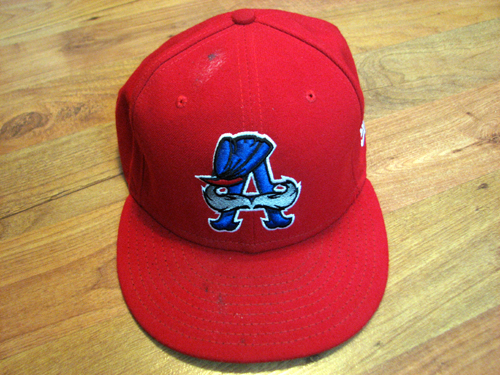 This was the first cap I bought on my travels, and arguably my favorite. I love the giant mustache on the ‘A’ emblem, which is the team’s alternate logo. I wore this one an awful lot until a bird had his way with it outside Syracuse last summer. (As you can see.) 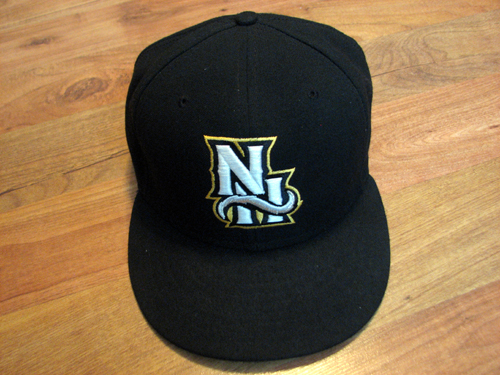 I bought this cap in September of 2010 during a visit to New Hampshire for a playoff game. The team has since changed its colors, and given that I saw the last game of 2010, this one was on sale for $15. 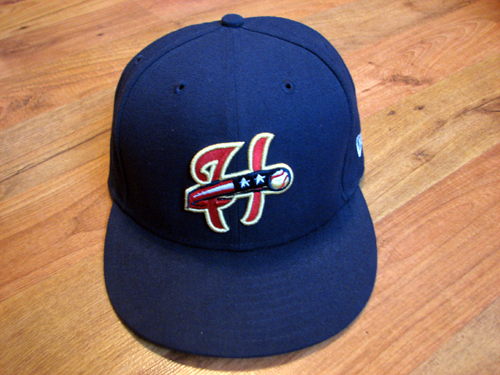 I’ve liked Harrisburg’s logo for a while, so I couldn’t pass up the chance to get this hat. The downside is it’s a little big, but I think the logo and the blue look great. 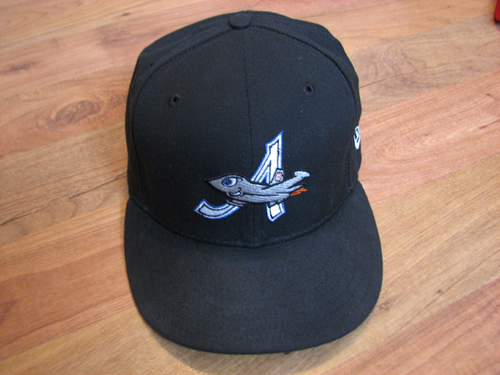 This hat was a big steal at $10, and even though it only fits comfortably when my hair is short, I’m still glad I got it. The home of the IronBirds, Ripken Stadium, is outstanding. This is a great souvenir of an awesome ballpark.

When a friend and I visited Vermont last summer, we each bought hats. I liked the white panel on the front of this one; kind of reminds of me collegiate teams’ caps. The lone strike against this one is I’m not partial to cap logos that don’t include a letter. Call me a traditionalist, but I think caps should have a letter on them.

My brother and I visited Cleveland’s Progressive Field last fall and had to make a stop at the team shop. I like the team’s alternate logo, and given that batting practice caps are significantly cheaper than game caps, I went with this one.

PS: It feels like I’ve bought way more than five caps during my travels. Since I’ve been so responsible, I might just have to treat myself to a few more this summer!