Every single day, a number of people find my blog on the Internet by searching for Washington Nationals prospect Bryce Harper. And why not? Harper is arguably the most exciting — and promising — baseball prospect to come along in years. Visitors to my blog find me by searching his name, his now-famous truck and his autograph.

Fortunately, and the reason that people find my blog when searching for Harper, I got to see him last summer when he was a member of the Hagerstown Suns. Back on June 27, I visited Hagerstown’s Municipal Stadium to watch the Suns against the Lakewood Blueclaws.

Harper was nursing a minor injury and wasn’t in the lineup during my visit. But as soon as I made it to the parking lot at the rear of the ballpark, I saw his truck and knew he was around.

Here are some pictures of the truck: 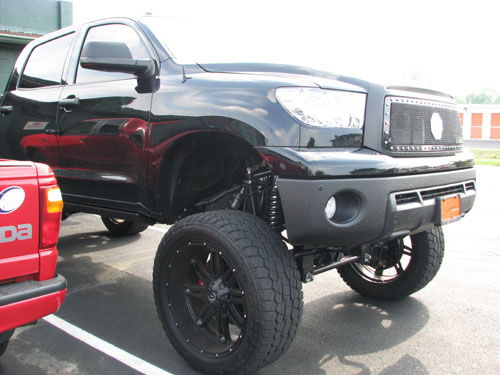 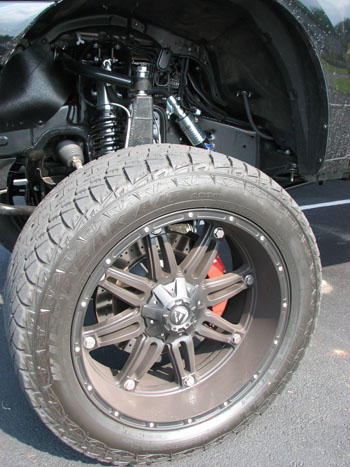 This was pretty cool to see. I’ve since seen Harper post pics of his vehicles on his Twitter feed, but this was the first time I saw his ride in person.

After taking these pictures, I waited for Municipal Stadium to open and quickly secured a spot along the fence near the Suns clubhouse, waiting for Harper to come out. He finally did, just before 7 p.m., walking alongside teammate Randolph Oduber. I was waiting with camera in hand: 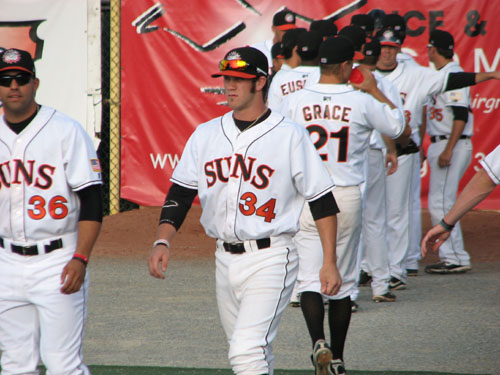 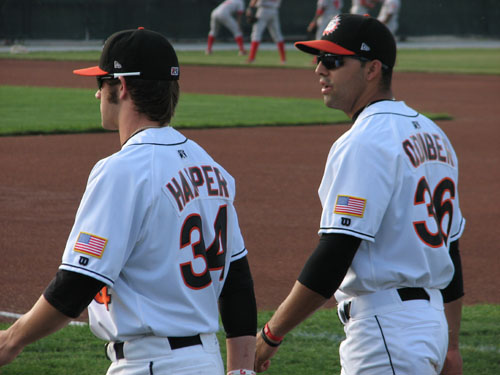 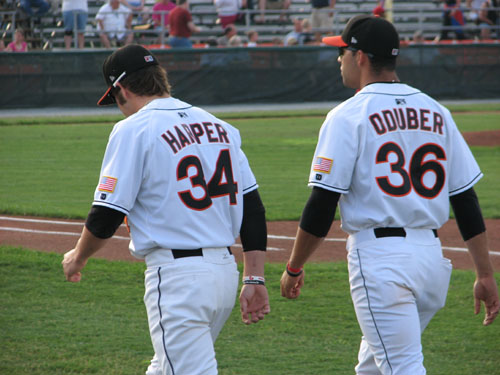 I was hoping for an autograph, but as you can tell from the sequence above, Harper came toward me and kept walking.

Other fans, however, were luckier. Anyone who thinks that Harper isn’t fan friendly probably isn’t speaking from experience. Even though the other players had finished signing and the first pitch was just moments away, Harper stopped and signed:

After snapping this picture, I made my way through the crowd to get a better angle. All the while, Harper signed:

He even stood waiting as a veteran climbed all the way down from the top of the bleachers to get an autograph. Not exactly the type of behavior that some in the media are focusing on, is it?

Once the game begun, Harper took a spot on the top step of the dugout: 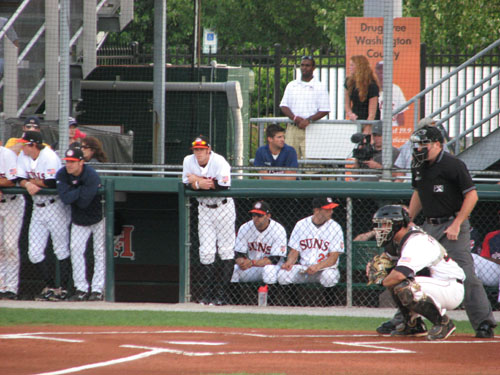 A few innings in, he spent part of an inning serving as Hagerstown’s first base coach: 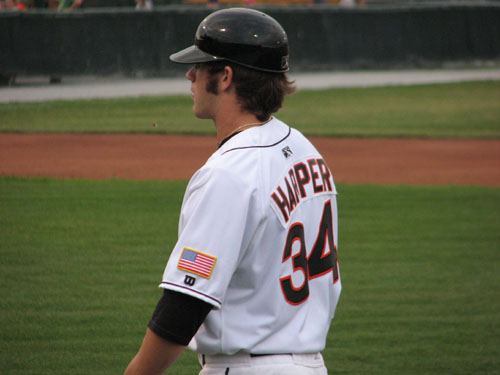 While I didn’t manage to get his autograph before the game, I didn’t give up. Thirty or 40 minutes after the final out, I met Harper beside his truck where I chatted with him for a moment and he signed my ball for me: